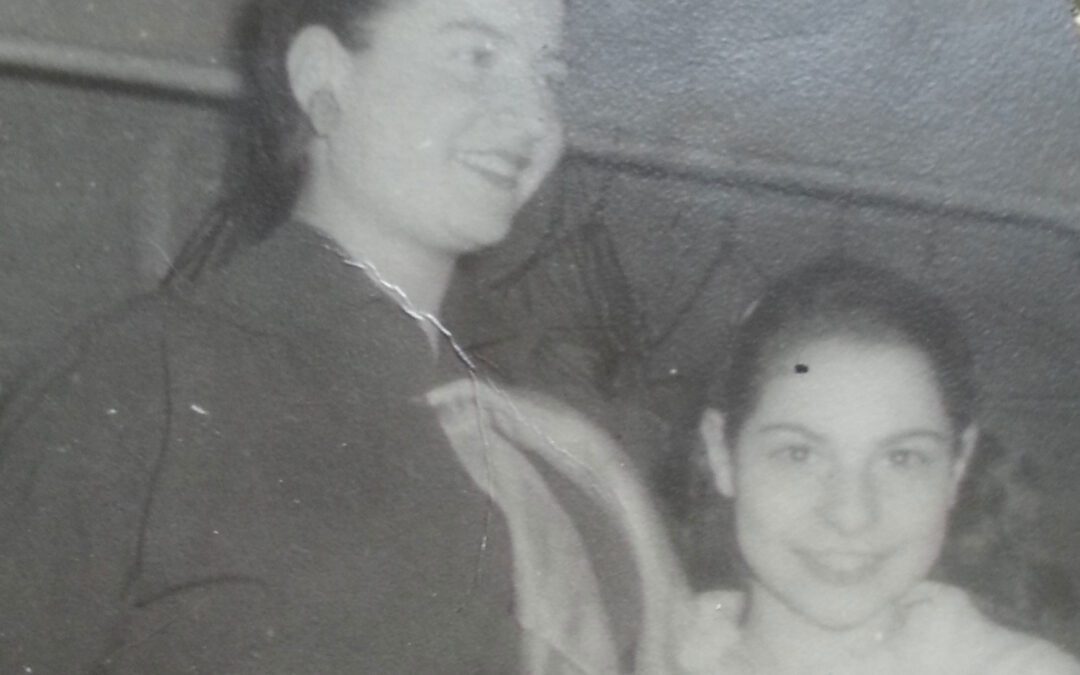 In my childhood the most forbidden place for a young Jewish girl was on the dais in the synagogue where the Torah looms in august eminence, enclosed in its sacred box, waiting for the solemnity of the ritual when the Rabbi opens the doors of its home, gently places it on a raised platform called the Bimah, and in his deep soulful reading shares its penetrating lessons with the congregation. Thereafter the Torah is carried around the synagogue for the congregation to gently touch it and honor its cavernous, painful history.

Only men, and 13-year-old boys for their Bar Mitzvah, a coming-of-age ritual, could read from the Torah wearing their Tallit, a fringed shawl traditionally worn by Jewish men in prayer. In the orphanage in which I lived, the Rabbi didn’t follow the Orthodox tradition, and allowed me to study the Torah and read from it on my Bat Mitzvah when I turned twelve.

So how did I find myself on the forbidden dais in the orphanage synagogue at age 11, not studying the Torah, but necking with my boyfriend Stanley? And, with Josie and Greg doing the same, each “couple” trying to out-kiss the other, oblivious to the wrath of God ready to strike us down? Would we be like Lot’s wife, turned into salt for one more look at the city of sin?

All I remember is that I was struck with a spear of shooting pain in my stomach, a pain as searing as if I were ready to give birth to the devil. I had a desperate urge to leave. I didn’t know how to explain to Stanley the measure or reason for my pain, so I told him I got my period. Not true. But my stomach was never normal since. Guilt had found a home.

Josie and Greg, who had no fear, continued their romance. They didn’t experience God’s fury.

I ran from the synagogue, groaning, to Lea, my favorite counselor. She was tall and buxom, with a serene face and a body to cuddle into. She called me her “honey bunny.” A protective mother who replaced my deceased mother.

Would I be like Eve, thrown out of the Garden of Eden? Or maybe worse, transferred to Hawthorne, the place where bad kids were sent?

Lea helped me twirl away my tears and write a letter to God apologizing for my offense, atoning for my sin. A particularly horrible sin, as I always dreamed of being another Moses, leading the weary out of danger, or at least leading the other kids out of the orphanage and back to their families.

Lea also helped me write a note to Stanley explaining why what we did was wrong. To my surprise, Stanley fancied my note and shared it with Greg, which surprised Josie as she hadn’t considered it was time to be contrite.

For me the lingering pang of guilt was ever present. Thank goodness I had Lea to soothe my fears. She was the mother I never had, but only in limited instances since she was also mothering many other young girls like me.

On the day I stood on the dais before the Bimah and recited the Torah for my Bat Mitzvah, my father sat on the hard bench in the first row and proudly listened to my oratory. Shortly thereafter my brother and I left the orphanage and returned to live with our father. Finally back with my family, I reckoned that God had forgiven my transgression after all.